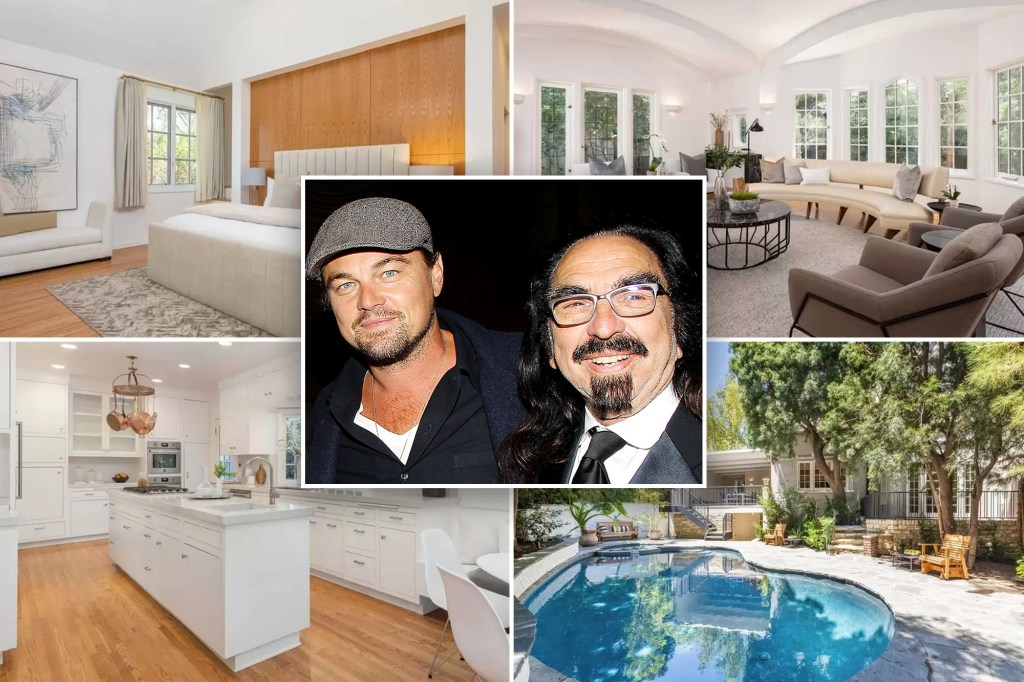 Leonardo DiCaprio has always been generous with his parents.

Only months after the 46-year-old bought a $7.1 million mansion for a loved one (reportedly his mother Irmelin Indenbirken), DiCaprio is getting ready to sell the California house he bought for his dad in 2018 for $4.91 million. He is asking $5.75 million.

It is unknown where the “Titanic” star’s father, George DiCaprio, 77, is moving, and some publications are now reporting that the $7.1 million purchase in May was actually an upgrade for Leo’s father. A representative for DiCaprio did not respond to The Post’s requests for more information.

Part of the move could be for privacy: The house for sale was subject to a trespasser who “entered the property when the owner was asleep on the couch, looking for someone else,” according to Hollywood United Neighborhood Council board meeting minutes from December 9, 2019.

John Simpson, a 48-year-old English building contractor, built the house for his own family in 1926, based on the plans of San Diego architect Charles Cressey, according to permit records and the federal census of 1930.

The 1884 immigrant lived in the house, valued at $40,000 (the inflation-adjusted equivalent today is $638,600), with his 41-year-old wife Kezzie, their 6-year-old son John, his 68-year-old mother-in-law Mary Ferguson (their ages at the time of construction), and several maids including Kath Nickols and Mrs. Edna Burlingame, according to LA city directories.

They sold the house around 1942 to a Vega Aircraft Corporation factory worker Herbert E. Ryker and his wife Ann, according to census records.

The house had a number of owners before it landed in the hands of musician Moby, whose real name is Richard Hall. He purchased the home in 2016 for $3.4 million and redesigned it, Page Six reported at the time.

Today, it has high ceilings, three fireplaces, crown molding, terraces, an eat-in kitchen with a walk-in pantry and a formal dining room, according to the listing.

The media and family room has a tower ceiling that opens to a large outdoor living room entertainment area with a pool and spa, according to the listing.

There are dual primary bedroom suites with marble baths and walk-in closets, according to the listing.

The 0.22-acre lot has a pool, a hot tub, indoor and outdoor dining, a gated driveway, privacy hedges and large trees, according to the listing.