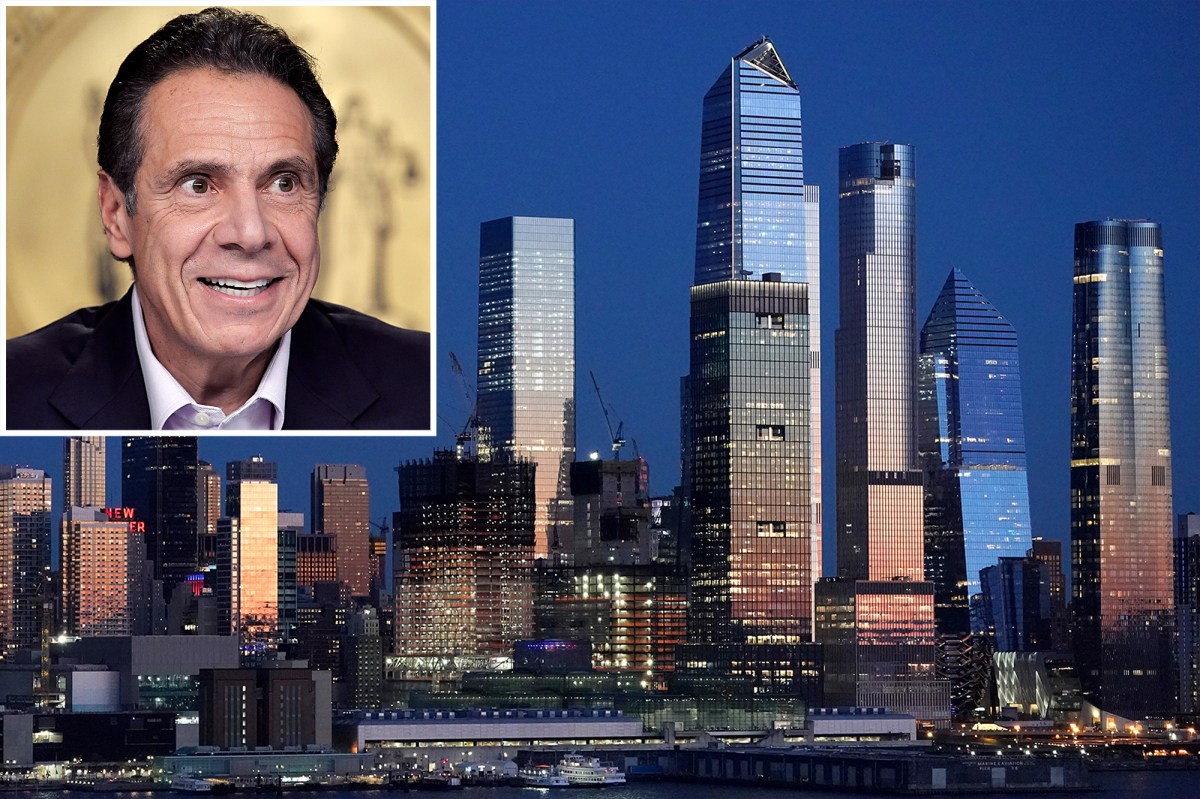 Developers, landlords, building lenders and other industry associates pumped nearly $500,000 into Cuomo’s re-election coffers over the past six months.

Many of the contributions poured in right before the campaign fundraising deadline.

Housing activists blasted the donations, noting that an important state law expires next June 15 that gives luxury developers’ projects generous tax abatements for charging non-market or “affordable” rents for up to 30 percent of their new apartments.

The program is supported by the Real Estate Board of New York, which donated $5,000 to Cuomo from its political action committee.

“It’s classic pay-to-play. There’s no doubt about it,” Michael McKee of the Tenants PAC, which wants the law repealed, charged of the political donations to Cuomo.

“We are going to spearhead a major campaign to terminate this law. It’s totally obscene we are subsidizing millionaires and billionaires with property tax breaks. There’s a glut of luxury housing.”

The so-called 421-A tax abatement was renewed in 2015 and 2017, when Republicans controlled the state Senate. The Democrats now control both houses of the Legislature and may be less inclined to give more than $1 billion a year in tax breaks to developers’ apartment complexes in exchange for affordable housing set-asides.

The donors include billionaire metro-area landlord Richard LeFrak, who kicked in $33,000 to Cuomo’s coffers earlier this year.

Extell’s One57 condo skyscraper on 57th Street in Midtown qualified for the 421-A tax abatement program before the program was revamped. Other Extell properties that obtained tax breaks include one Manhattan Square on the Lower East Side and One Riverside Park on the Upper West Side.

RXR Realty honcho Scott Rechler donated space at his building in Rockefeller Plaza for Cuomo’s June 30 fundraiser, where the minimum asking price was $10,000 a head and $15,000 per couple.

Two Trees develops, owns and manages apartments in downtown and brownstone Brooklyn, including in the neighborhoods of DUMBO and Williamsburg, with some sites receiving tax abatements. The firm is transforming the Domino Sugar factory waterfront site.

Kylie Cappelli, the actress-wife of developer Louis Cappelli, kicked in $50,000.

Catsimatidis, said he’s loyal to Cuomo, whom he’s known for decades along with his late father, former Gov. Mario Cuomo.

Catsimatidis, who holds a top leadership position in the Greek Orthododox Church of North America, said Cuomo was helpful in jump-starting reconstruction of St. Nicholas Greek Orthodox Church in Lower Manhattan last year. The structure was ravaged during the Sept. 11, 2001 attacks.

Meanwhile, Catsimtatidis said that what happens to the 421-A tax abatement program is a litmus test that could determine whether he continues to invest in New York or elsewhere. He said New York can’t afford to be anti-development.

“If you don’t have common-sense Democrats, the billions of dollars will flow elsewhere, and the jobs will flow with it,” he said.

The head of the Real Estate Board of New York also continues to give Cuomo’s leadership a thumb’s up — despite the governor battling investigations over his handling of nursing homes in the state during the pandemic as well as sexual-harassment accusations from current and former staffers. Cuomo denies wrongdoing on both fronts.

“As New York continues on the path to economic recovery, competent and experienced government leadership will play a pivotal role in guiding the State forward at this critical time,” REBNY President James Whelan said in a statement.

Last week, The Post reported that associates connected with a firm that was awarded $62 million in state COVID-19 emergency contracts — the Somos Health Care Providers — delivered $230,000 in donations to Cuomo’s re-election kitty.

Team Cuomo dismissed criticism that the governor was influenced by real-estate donations and defended his record on affordable housing.

“Give me a break – I’d put this governor’s record on protecting tenant rights and advancing and building affordable housing against anyone any time, any day,” said Cuomo spokesman Richard Azzopardi.

“The cranks in the advocacy industrial complex can say what they want, but they can’t change facts.”