Renting can be tough for reformed gang members 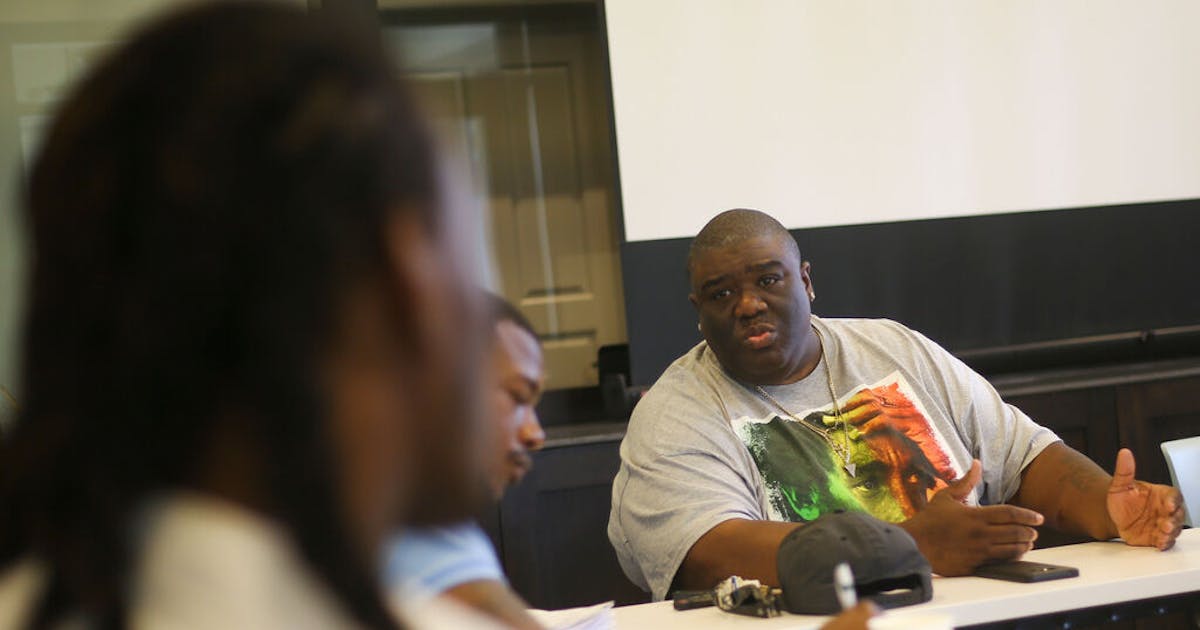 Facilitators of a Minneapolis program that urges gang members to step away from the lifestyle in exchange for a stable roof over their head say the city is struggling to uphold its end of the bargain amid a lack of available affordable housing.

The Project LIFE initiative, short for “Lifestyle in Transition for Empowerment,” is handled out of the city’s Office of Violence Prevention and has been credited with reducing gang activity in certain parts of Minneapolis. As the city aims to define what public safety is after the murder of George Floyd, advocates see a growing need for programs like this that prioritize supportive services, mental health and housing — a major hurdle for people with criminal records.

But the hard part isn’t getting gang members to put down their guns, said Fer­ome Brown, group violence intervention program manager for Project LIFE. Instead, the challenge usually comes in dealing with Minneapolis’ affordable-housing system that he said is too complicated and subjective.

Brown says that he and other gang intervention workers had a difficult time navigating a process overseen by the city’s department of Community Planning and Economic Development, or CPED, which bankrolls major development projects and advises lawmakers on planning and zoning issues.

Brown said many of his clients lack stable housing at a vulnerable point in their lives, when any setback might cause them to fall back into their old ways. Most get by couch surfing at the homes of friends and girlfriends, he says. Project LIFE does what it can, he says, including helping enrollees with a security deposit for a new apartment, which for those with checkered pasts can be up to three months’ rent up-front.

But even before the COVID-19 pandemic upended the city’s housing market, availability was a problem.

“There’s not enough people that are willing to, first off, take a chance on felons. I’ve gotta work with slumlords, basically,” Brown said. “I never thought I’d say this, but they’re the only ones that will rent a room.”

Elfric Porte, the director of the housing policy and development division of CPED, said that depending on the request, the process for obtaining housing assistance can take between a matter of weeks to several months. But he said that some processes are governed by the city’s charter.

He said he couldn’t comment on the specific complaints made by Brown and others, because he wasn’t familiar with the cases.

A spokesman for the city said he would provide further context on Monday afternoon.

A few years ago, Brown said he had the idea to buy a vacant house across the street from Seed Academy charter school in Minneapolis, fix it up and turn it into a rehabilitation and job training center for former gang members. But Brown says he was floored when CPED officials told him that in order to qualify for housing assistance he would need “$250,000 in the bank.” Brown says he was told he also would have to cover the cost of inspections and repairs on the house.

“I’ve been talking to [them] for years about this, and it’s still sitting there,” Brown said.

Such delays, Brown says, not only risk erasing some of the hard-earned trust he has built with his clients but could prove perilous for a young person needing a quick escape from a hostile environment.

“There’s money in poverty and there’s money in keeping people in poverty, just like there’s money in Black death,” said another Project LIFE worker, Maleta “Queen” Kimmons, whose organization One Family One Community rehabilitates foreclosed properties before selling them to homeless families for well below market value. But by tying groups like hers in red tape, she said the city is playing with people’s lives.

When a person’s basic needs are met, they are less likely to turn to crime, she said. Frustratingly, she says, the city is dotted with vacant properties that, with some work, could be used to house someone.

Like other big cities across the country, Minneapolis is struggling to solve an affordable-housing crisis that only has grown with the pandemic.

Local officials say that they have identified affordable housing as the highest priority, even as state lawmakers were unable to pass many significant reforms.

Minneapolis Mayor Jacob Frey said he intends to use federal pandemic relief dollars to address housing instability, particularly after the state lifted its evictions ban last month. At a previous news conference, Frey told reporters he would use $28 million of American Rescue Plan money for affordable housing, including rental assistance to low-income tenants, pathways out of homelessness and new homeownership opportunities to address one of the worst racial disparities in the nation.

Despite laws and policies meant to root out discrimination, landlords still have a lot of say about who they rent to, according to Shana Tomenes of the Housing Justice Center, a nonprofit dedicated to expanding affordable housing.

“The criminal justice system, when you’re done, you’re supposed to be done,” she said. “You’re supposed to re-enter society, and you’re reformed and you pay for the mistakes that you’ve made. I think a lot of people are very different at 28 than they were at 18, but these barriers really follow them for a long time.”

The trouble is some landlords don’t take the time to get to know prospective tenants before rejecting them, she said.

The Housing Justice Center, she said, was working to educate landlords about the nuances of the justice system: for instance, understanding that something as innocuous as a traffic violation can end up as a felony on someone’s record, or that domestic abuse survivors can get caught in a cycle of violence, which on paper might make them appear to be unfit renters or homeowners.

Julia Welle-Ayers is housing development and finance director for Hennepin County, which has announced plans to spend a record $17 million for more than two-dozen affordable housing and development projects while creating the county’s first low-income, rent-reduction subsidy program.

Yet even when cities incentivize affordable housing, construction can take several years since developers “have to be able to hit a couple of different governmental funding cycles.”

But the housing crisis is happening now, not in the future, she said.

Correction:
Previous versions of this article incorrectly attributed the nonprofit for which Shana Tomenes works.

You have limit - count - 1 articles left