Volatility in markets will stick around for ‘a long time’: Investment expert 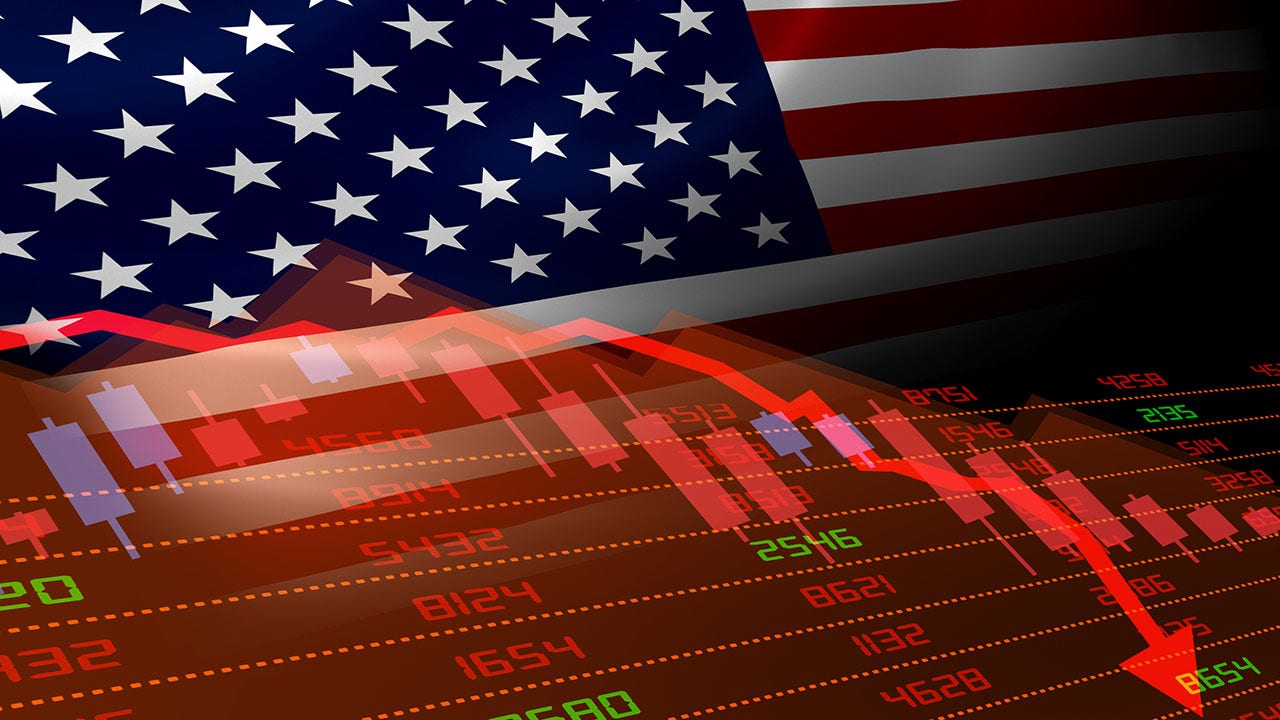 St. Louis Fed President James Bullard argued during an exclusive interview with FOX Business’ Edward Lawrence on ‘Cavuto: Coast to Coast’ that the central bank must ‘get inflation under control and I think we have a good plan to do so.’

Calamos Investments CEO John Koudounis argued on Sunday that market volatility will continue for “a long time,” but noted that the current situation presents buying opportunities.

“I don’t see it [market turbulence] going away,” Koudounis told “Fox News Live” on Sunday. “It depends how the Fed tries to land this. It’s going to be very difficult to have a soft landing. It’s never been done.”

Koudounis provided the insight two days after the S&P 500, the broadest measure of the U.S. stock market, slipped into bear market territory before clawing back above that level.

The tech-heavy Nasdaq Composite, which entered a bear market earlier this year and has fallen 29% year to date.

Koudounis stressed that the current situation “absolutely” presents “some value.”

“There’s been a rotation between the growth and value stocks,” he noted. “Now the growth stocks have been beaten up so much that active managers, the professionals, are starting to pick some and add to those positions. And the companies that are fundamental, have issues, they’ve lowered those positions.”

“So if you are an active manager, you’re actually looking at this as an opportunity to get rid of some companies that haven’t been doing well and add to the ones you think are going to do well,” Koudounis continued. “So there is opportunity out there and over the course of time if you have a balanced portfolio you’ll do fine.”

Markets have been experiencing volatility in recent weeks as concerns over Federal Reserve rate hikes and high inflation continued to worry investors.

On Wednesday U.S. stocks saw steep selling as more retailers revealed the negative impact of inflation amounting to the worst day for stocks since 2020.

Calamos Investments CEO John Koudounis discussed the impact of inflation on Americans and weighs in on volatility in the markets.  (iStock / iStock)

The Dow Jones Industrial Average fell over 1,100 points, or 3.6% on Wednesday.

Earlier this month it was revealed that inflation cooled on an annual basis for the first time in months in April, but rose more than expected as supply chain constraints, the Russian war in Ukraine and strong consumer demand continued to keep consumer prices elevated.

The Labor Department announced earlier this month that the consumer price index, a broad measure of the price for everyday goods including gasoline, groceries and rents, rose 8.3% in April from a year ago, below the 8.5% year-over-year surge recorded in March. Prices jumped 0.3% in the one-month period from March. Those figures were both higher than the 8.1% headline figure and 0.2% monthly gain forecast by Refinitiv economists.

The Federal Reserve faces the tricky task of cooling demand and prices without inadvertently dragging the economy into a recession.

“Inflation is here, and it is very difficult for the Fed to control this,” Koudounis argued, stressing that everybody getting “hurt” by the price hikes.

On Tuesday, Federal Reserve Chairman Jerome Powell reiterated his commitment to curbing the highest inflation in decades, indicating the central bank will raise interest rates as high as necessary in order to tame consumer prices.

GET FOX BUSINESS ON THE GO BY CLICKING HERE

Kenny Polcari and Erin Gibbs provide insight on inflation, the economy and the stock market on ‘Making Money.’

Fed policymakers hiked the benchmark federal funds rate by a half point earlier this month, and Powell has all but promised that two, similarly sized increases are on the table at the forthcoming meetings in June and July. He echoed that sentiment on Tuesday as the Fed races to catch-up with runaway inflation and bring it back down to the 2% target.

Koudounis warned that “it is going to be difficult to avoid” a recession.

“We’re hoping that the Fed can avoid it,” he continued, noting the central bank is expected to raise rates at each upcoming meeting.

“My guess is 50 basis points each time,” Koudounis said. “If they keep course and stop buying and of course keep raising [rates] right through the end of the year, it is going to be tough to avoid it.”

Koudounis added that he believes inflation will stick around and will not hit the Fed’s 2% target by the end of the year.